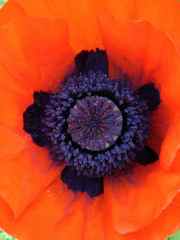 Some of my greatest gardening achievements have resulted from haphazard seeding. These poppies, for example, are just majestic as they herald the new season in early June. So big and bold… and so well behaved. After blooming, the seed capsules stay big and strong for awhile. Then, the plant relapses into its dormant state until the next spring time, leaving room for other late summer bloomers.

Another poppy favorite that is as loyal and forgiving as “orientale” is Eschscholzia californica, or the California poppy.

There’s something so wonderfully alive and responsive about poppies. For instance, at night and during rain, the plant will fold its flowers to protect its pollen, I suppose. Both of these poppies have allowed me to move them (after blooming) and they continually return. Love them! 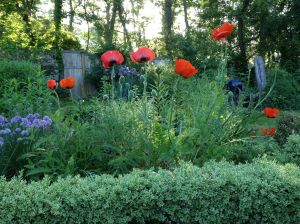